With cable subscription growth outperforming the rest of the world, the Philippines market is breaking new ground in Asia

Over the past few years, the Philippines has seen significant growth in cable and telecommunications services, particularly outside the capital, Manilla. Joel Dabao, Chairman of the Philippine Cable and Telecommunications Association (PCTA), shares some of the challenges their members face keeping up with the rapid pace of growth whilst seizing opportunities to drive margins.

“At the PCTA, we commissioned a study in 2020 which found that cable subscriptions were up about 20%, growing faster than the rest of the world. Just under 6 million houses in the Philippines are now connected. Prospects for the industry are good. Our members are investing unprecedented amounts in infrastructure. In 2020/2021, companies started laying cable anywhere they could.”

The Philippines faces significant geographical constraints when it comes to infrastructure. In the major cities, multiple cables may lie right beside each other. But in the countryside or the islands, some communities are still incredibly unconnected. 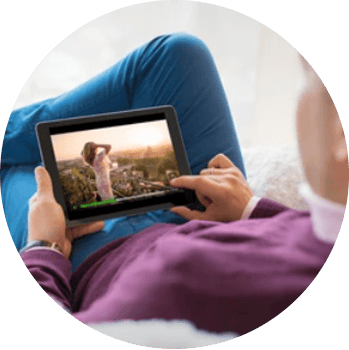 “We’ve seen rapid growth over the past few years, but still, only 25% of houses in the Philippines had connectivity in 2020, according to our survey. The COVID-19 pandemic accelerated the laying of infrastructure, as people relocated from Manilla to the provinces and demanded it. Operators put in a lot of work to deliver high-quality services in coastal areas that weren’t on their radar before. Outside of central Manila, the growth of fixed-line broadband was +400% from 2019 to 2020, up from just 200,000 subscribers to about 1.9 million fixed-line broadband subscribers for ‘other ISP’.”

As in many countries, people were forced to migrate from fixed wireless to fixed-line internet to access better coverage. Businesspeople needed fixed-line access at home to use tools like Zoom. For an entire year, the primary way for children to be educated was to subscribe to broadband. Private schools went entirely online. Public schools worked offline, but cable played a big part by carrying the Department of Education’s TV learning programmes.

Will the geographically isolated areas ever see a cable service? Joel doesn’t expect so anytime soon. “I really don’t see it happening without a regulatory change. It won’t be affordable for the cable operators. Only larger telcos are permitted to lay sea cables, but they are unlikely to commit because of the return on investment. It will take something dramatic, like a change in regulation, to make complete connectivity for rural areas happen. The Philippines is composed of 7,701 islands. I would love to see every house connected with all the information and entertainment they could want, with a set-top-box with any kind of content on it and a decent enough connection to run anything on it. It would be great to see the government giving grants for rural deployment, like in the US. But I am not expecting that to happen for now.”

Competing in a tightly regulated industry

Cable operators in the Philippines are highly regulated. Franchises for cable are awarded for geographic areas, licensing an operator to access certain towns. This doesn’t help with economies of scale as operators can’t connect systems across towns, and it often excludes smaller operators. The content of cable operators is also regulated, and cable operators have been shut down temporarily for allowing what the regulatory board sees as unsuitable content. Some cable operators have tried offering bundles to carve out a competitive edge, but with limited success. 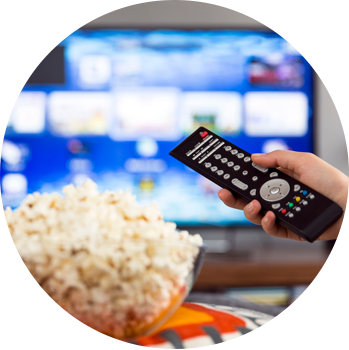 “In the Philippines, we are very price-sensitive, and bundling hasn’t worked. The low tier packages were hugely popular, but these were low margin for operators, and the take up of the more profitable bundles wasn’t sufficient. The optimal way for operators to grow is to expand their network. The key is to get more users, which means laying more infrastructure. Fixed-line broadband providers face the same challenge, to access more users to fuel growth.”

Smartphones are by far the most used device in the Philippines. The PCTA survey found that 1.6 million of the 1.8 million homes that had a subscription to a small ISP used their smartphone primarily to access the internet. Smart TVs are also common, with cable delivered directly by analogue operators or through digital Set-Top-Boxes boxes. Streaming via devices like Fire sticks is currently very low.

“I think people try to draw parallels between the market in the Philippines and the US, but I don’t think we will follow the same road, mainly because of cost. In the US, streaming is a cheaper solution than cable. Here, the price is very similar. Consumers don’t want to choose one or the other – they want both.”

In line with countries like Singapore and Thailand, operators in the region are expected to become super aggregators to drive revenue. Consumers will only pay one provider for all the telecoms services they want, not 3 or 4 different operators. Joel is also expecting operators to transition into a new way of delivering video. 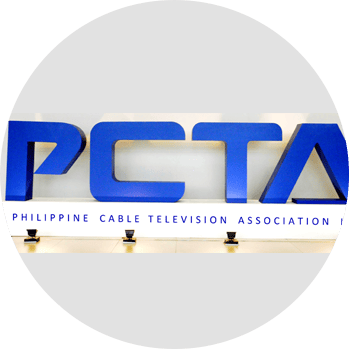 “Smaller cable operators are well-positioned for this change. Their current copper technology is already getting outdated, and it’s time for them to upgrade to IP delivery. The key will be finding the right equipment and platform, as major global players like Netflix may not work with smaller providers. We are strongly encouraging our members to work together to represent sufficient volume to become super aggregators and secure their future in our vibrant industry.”

Gary Hamer, from multi-screen video solution provider SmartLabs adds, “Research demonstrates just how important video is to the Philippines’ market. According to the Digital 2021 report published in partnership between We Are Social and Hootsuite, almost the entirety (99.4%) of the country’s recorded 73.91 million internet users aged 16-64 watch videos online every month. The surge in the demand for digital platforms has also been associated with the country’s year-on-year growth in digital video ad spend at 4.8% to US$558 million in 2020. This, despite ad spend in the total video industry shrinking by 4% year on year.

Working with operators all over the globe, we know that telcos, ISPs, cable operators and content providers all want to deliver service excellence for the population they support in an affordable and uncompromising way. But we have seen first-hand the difficult situations they face. As a result, we have enabled our technology to answer every conceivable mix of delivery, from cloud hosting to shared services, so that even rural areas can access the connectivity they want.”